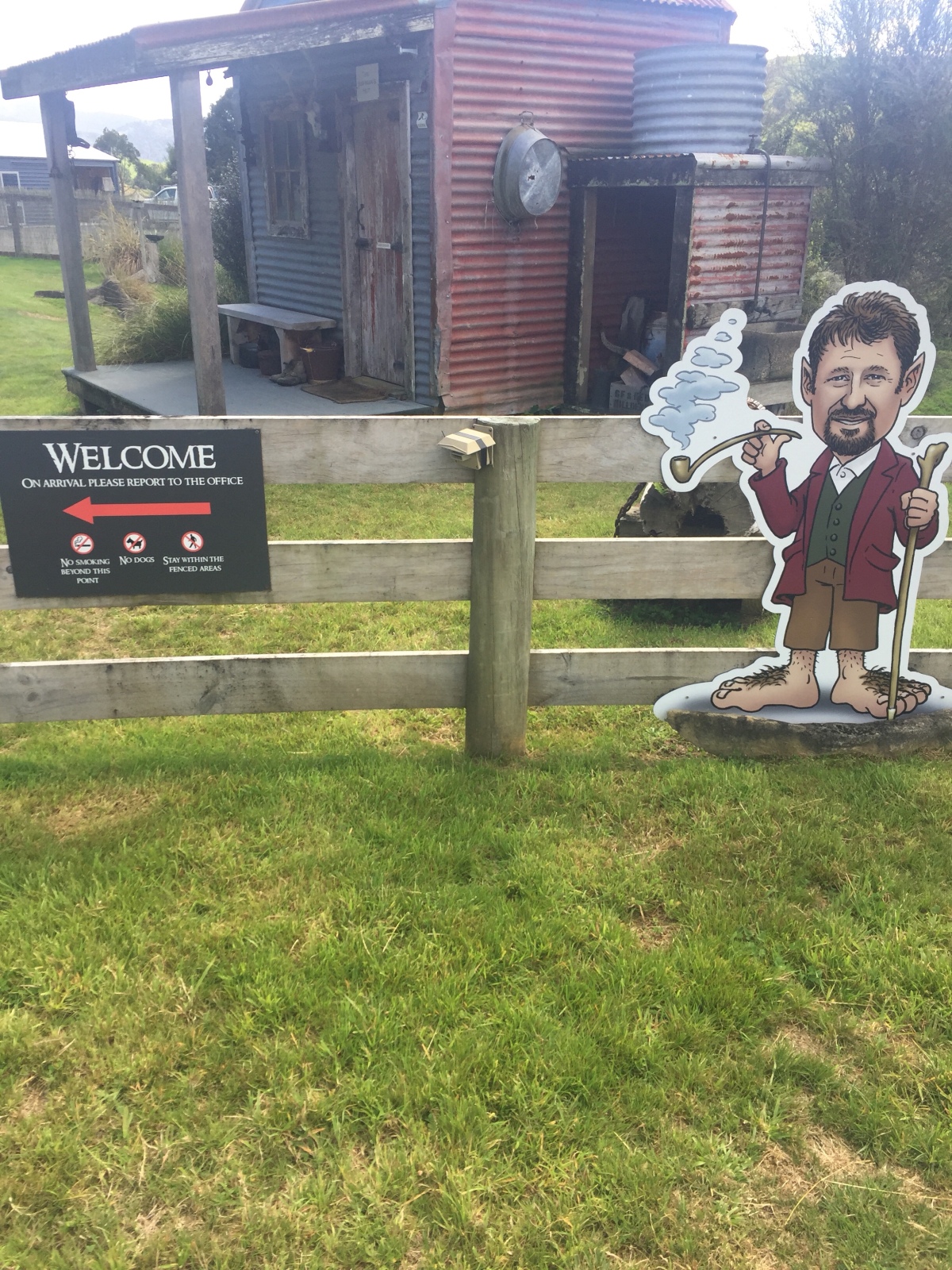 Our Glow Worm story will have to be put on hold, it’s an amazing story, however our photos are on a thumb drive (we couldn’t take our own photos) so more to come on that.

We did have a great Day 3 in Middle Earth, Jeff found a gem called the Hairy Feet tour. Here it is from his perspective… 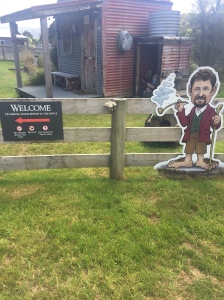 While Steph takes a little break, let me chime in here.

Day 3 of our sojourn through Middle Earth sees us leaving the safety of The Shire in Hobbiton and trekking closer to Mt. Doom. But first a stop off to the Hairy Feet tour at the Denize Bluffs in Piopio near Waitomo.

I found the flyer for this tour on accident while I was looking for something to fill the hours after our Glow Worm caves expedition. Now when Steph mentioned that this was a gem, I think she under sold it. This tour turned out to be a handful of gems with not only scenes from the Hobbit having been filmed here but also multiple Bud Light beer commercials (Dilly,Dilly) and a few other random commercials (such as a Mitsubishi commercial from India) shot here. 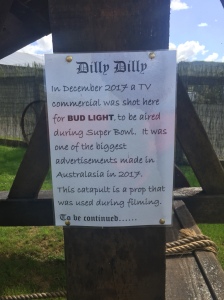 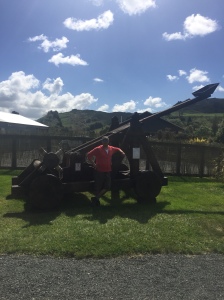 Suzie was our tour guide, and she was just as friendly and accommodating as she was knowledgeable. Suzie not only answered all of the groups questions about scenes shot on the farm but she also answered my random questions about New Zealand (such as inquiries about the pine trees that litter the landscape). 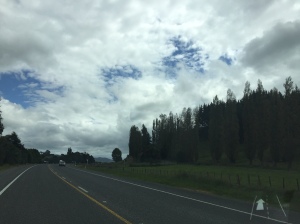 The tour starts with a video showing the transformation of the farm and how large an undertaking it is just to film a small portion of the movie. 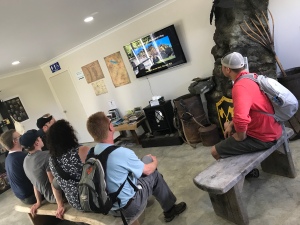 The tour groups are kept small (8 in our group) to allow this to be a more personal guided tour. A quick 5 minute drive transports you the foot of the bluffs. 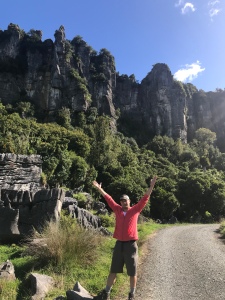 Along the way Suzie pointed out the sheep and rams that reside on the farm as well as the local wildlife. 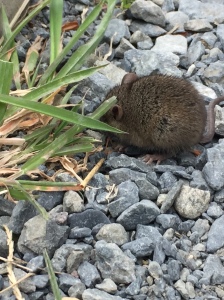 As we worked our way through the tour I was amazed that I could so easily recognize where scenes from the Hobbit were shot. Being able to actually stand where the actors stood and recreate certain shots was a fantastic addition to the walking tour. 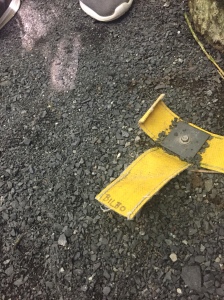 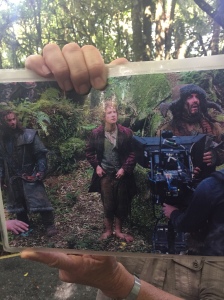 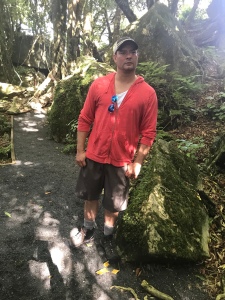 Suzie was very patient, allowing everyone in the group to participate if they were so inclined. Steph and I were definitely inclined. 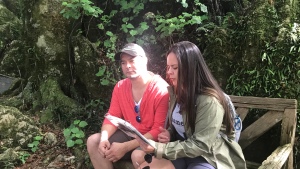 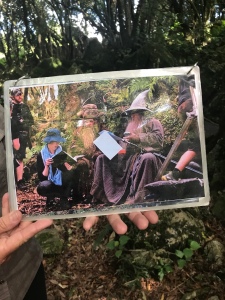 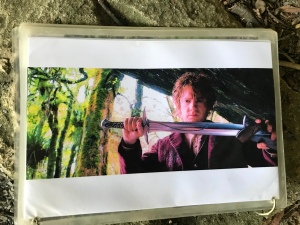 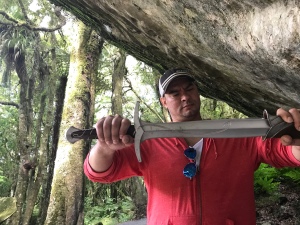 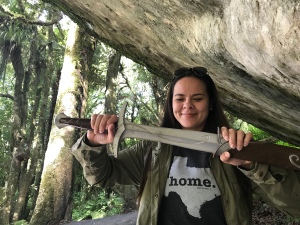 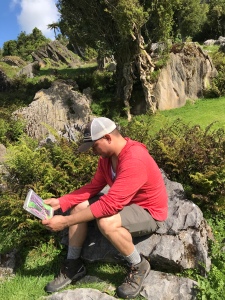 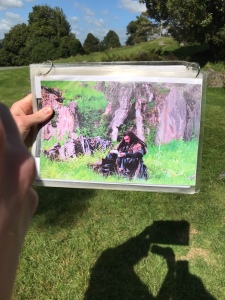 There were plenty of surprises that had been placed throughout the tour, ready to jump out and give you a scare. 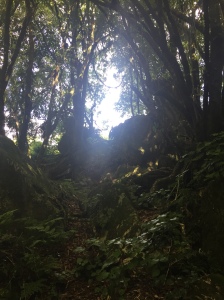 And some are there to give you hope.

Look to the East on the 5th day… 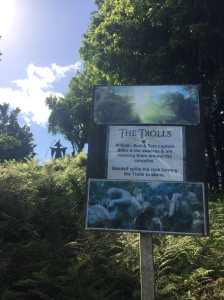 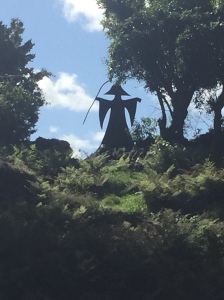 The tour lasted about 2hrs, but felt like 20 minutes. You know what they say about time flying when you’re having fun. The tour was fun and interactive, our guide Mrs. Suzie knew everything about the Hobbit and LOTR books and movies, and the scenery was breathtaking. If you ever find yourself in Waitomo, New Zealand, this tour is worth time. Well, that’s it for now. More adventures to come. TTFN (Ta-Ta For Now)